ORINDA, CA. Today, the GNOME Project proudly celebrates its 20th Birthday. Founded by Miguel de Icaza and Federico Mena Quintero on August 15, 1997, GNOME has since become a pillar of the Free Software community.

There have been 33 stable releases since the initial release of GNOME 1.0 in 1999. The latest stable release, GNOME 3.24 “Portland,” was well-received. “Portland” included exciting new features like the GNOME Recipes application and Night Light, which helps users avoid eyestrain. The upcoming version of GNOME 3.26 “Manchester,” is scheduled for release in September of this year. With over 6,000 contributors, and 8 million lines of code, the GNOME Project continues to thrive in its twentieth year. 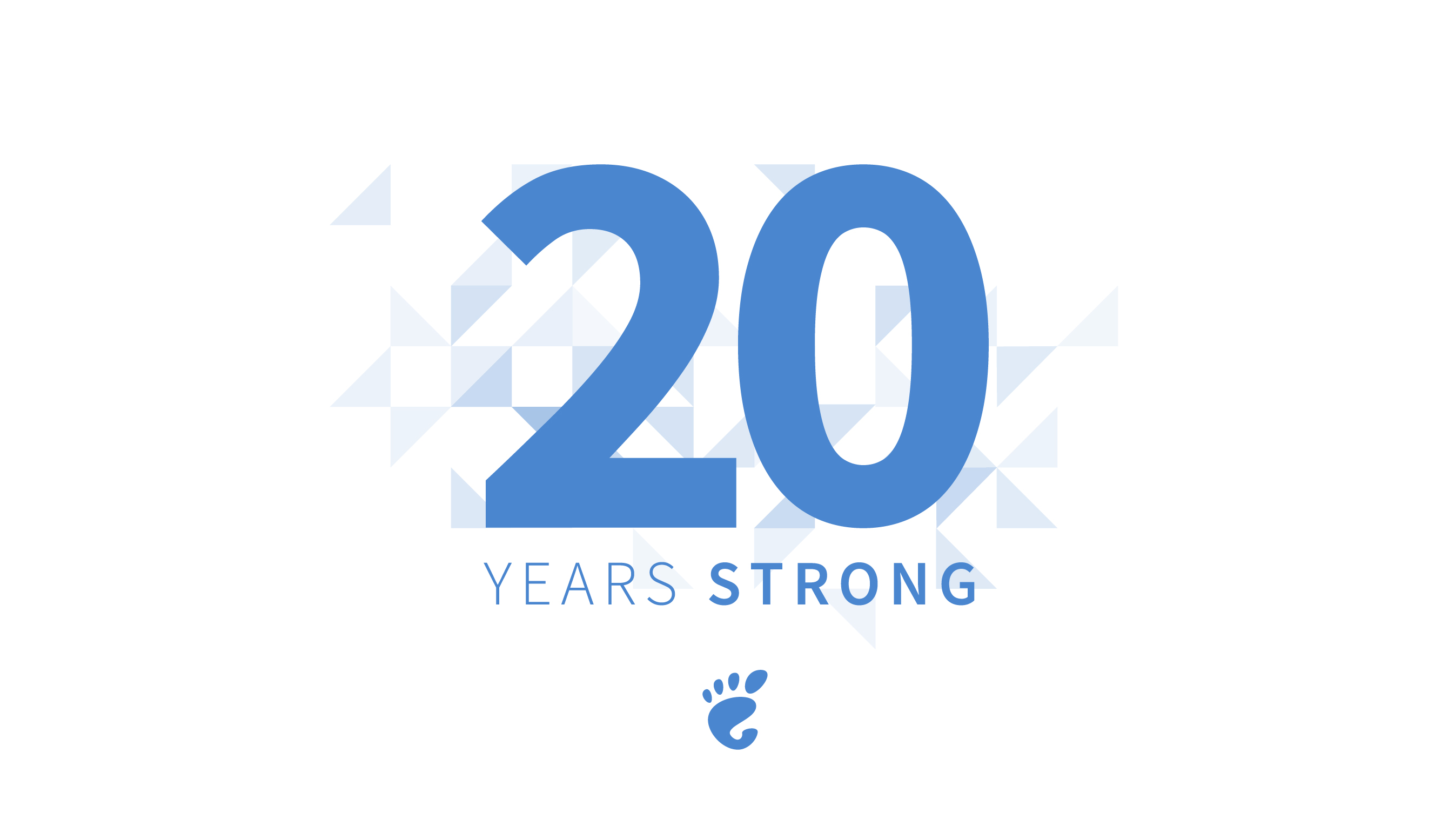 Celebrate Twenty Years Strong with the GNOME Foundation: visit the 20th Birthday Party page to find a party — or even start your own. You can also support GNOME by making a donation or becoming a Friend of GNOME.

Enjoy a few of the many photographs from the 20th Birthday Party at this year’s GUADEC, where co-founder Federico Mena Quintero celebrated his own birthday alongside GNOME’s. 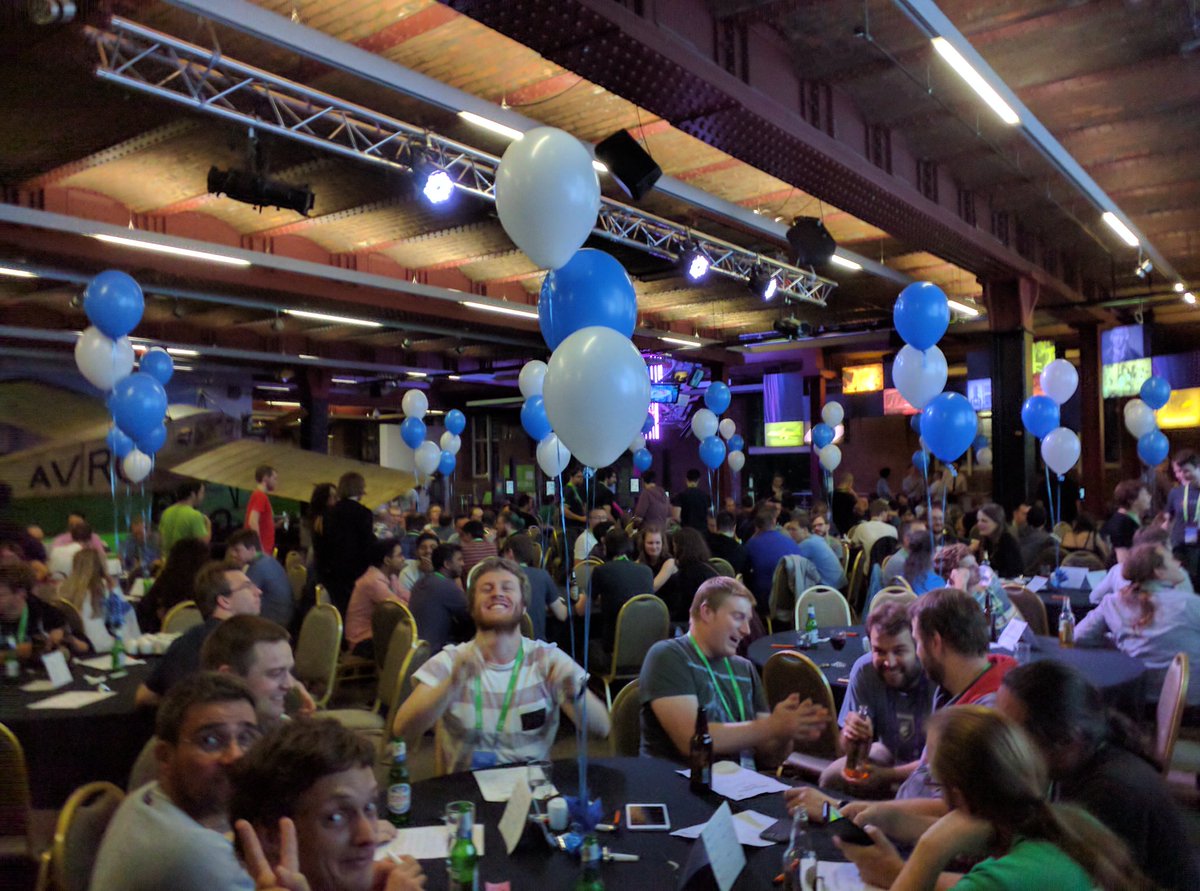 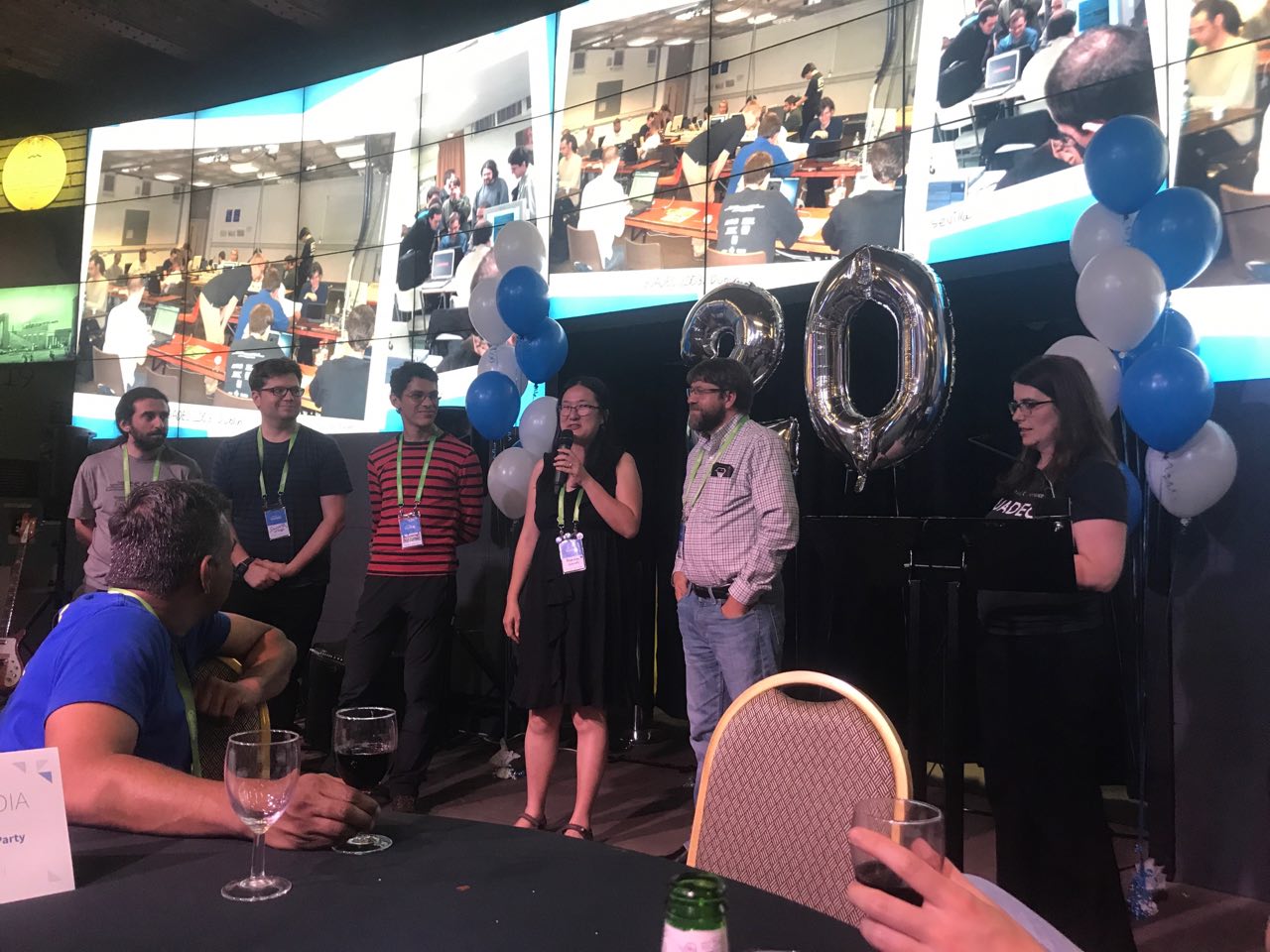 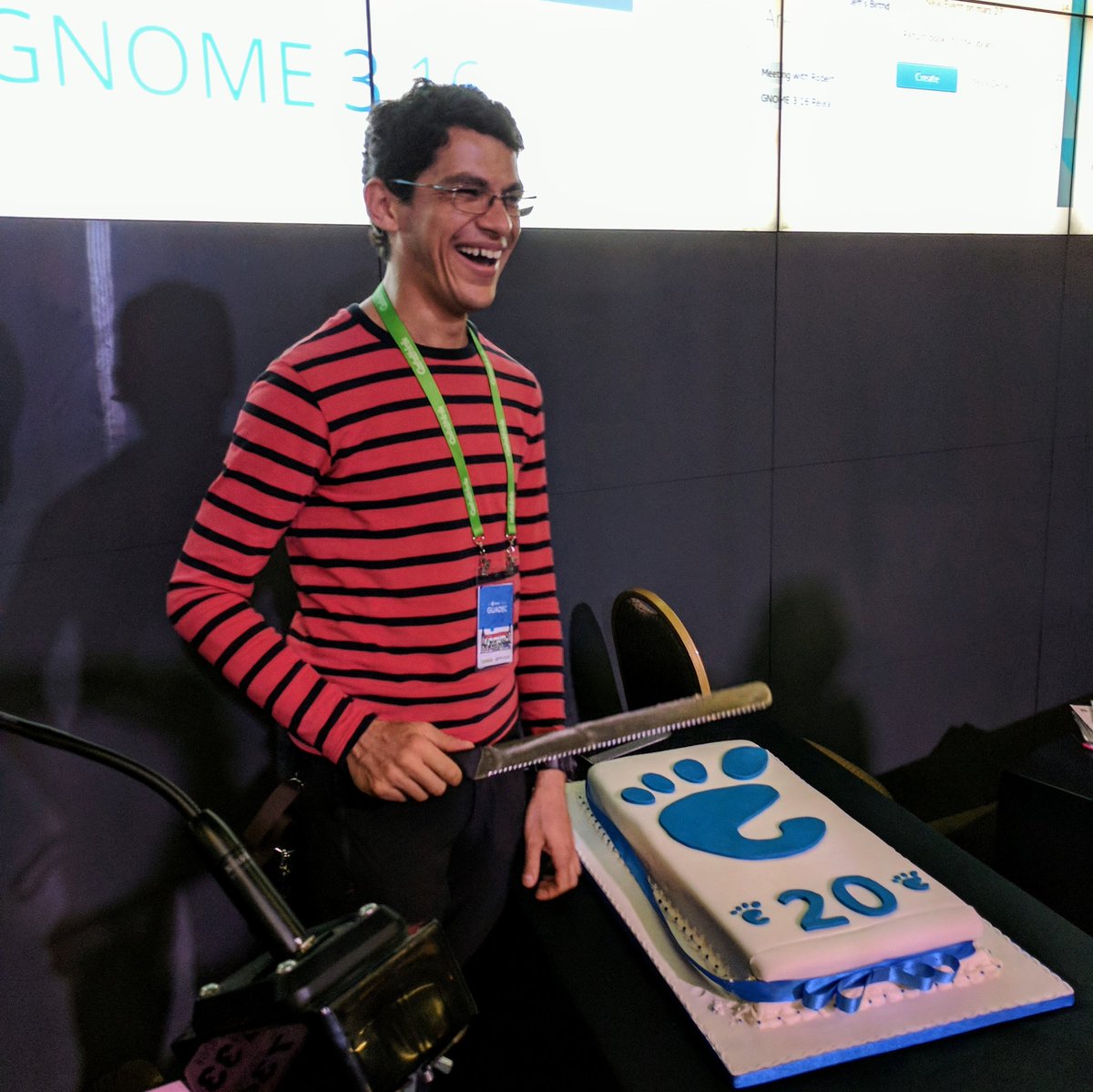 A more detailed history of the GNOME project, fun facts, pictures, and more, can be found at http://www.happybirthdaygnome.org.