The latest version of GNOME 3 has been released today. Version 3.28 contains six months of work and new features by the GNOME community and comes with many improvements and new features. 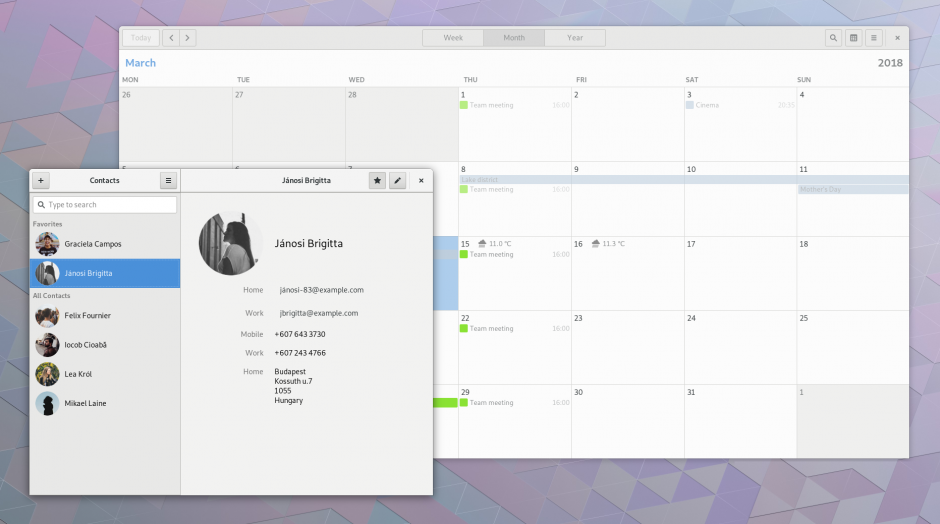 Other highlights include improvements to the Calendar and Contacts applications, the ability to star files and folders in the Files application, and improved support for Thunderbolt 3 and Bluetooth LE devices. GNOME’s default UI font has also been overhauled to be more attractive and easy to read, and the on-screen keyboard has been rewritten to be more reliable and has layouts for a number of different locales.

There are many other improvements in GNOME 3.28, which can be read about in the release notes.

GNOME 3.28 is code-named “Chongqing” in recognition of the most recent GNOME.Asia summit, which was held in China last October.

The GNOME Project is supported by the GNOME Foundation. We rely on donations to continue to drive the project forward. If you appreciate the work we do, please consider joining as a Friend of GNOME.

This article can be freely reproduced with no attribution required. Press queries should be directed to gnome-press-contact@gnome.org A screenshot pack is available for download.